There is a hill Blaník, which is situated in a dark forest. It looks down gloomily on a landscape, which is far away from the world, on its plains, that are not much fruitful. On the top of the hill Blaník there are old stones and mostly ruined walls in shadows of spruces, beeches and firs. There used to be a castle, but it disappeared without any trace.

Under the walls, in the hill, there are armed knights, “Saint Wenceslas´s Army”, and they are waiting for a day, when the Czech nation needs their help.
Under the stone peak of Blaník, in eastern slope there is a rock. There is the entrance to the hill, and there is a spring. Knights in Blaník give water from this spring to their horses, when they go out from Blaník at night in the moonlight. At night like this one dark rumble resounds to the surroundings. In the morning, there is silence again, and knights, their horses, everything goes again into the hill. Only one memory will stay there – prints of hoofs.

On day a girl was standing in front of Blaník, and suddenly, one knight appeared in front of her. He told her, if she wanted to go with him to clean in the hill. She went with him. There was deep silence. By the walls there were horses, and at a table there were knights. They were sleeping. The girl went in, and she looked round, but nobody moved. She started to sweep the floor. She cleaned everything in a moment. Then she went home, and when she arrived, people asked her, where she had been for such a long time. She was surprised, so she told them that, she arrived at the same time as usually. Then they told her that she had been here one year ago. She told them, where she had been and all people knew why the time had been so long.
The third day, one knight invited a smith from Louňovice, and when he finished his work, the knight gave him a bag with rubbish. He was angry, and he spilled the bag. When he came home, he told this story and he found in the bag three ducats. He went back in front of the hill, but there was no ducat. 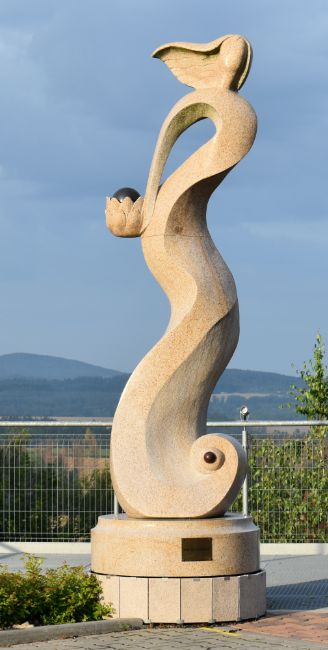 Change in appearance, Structure of pages, print out